Marcel Reece played 58-of-75 snaps in Sunday's loss, while Taiwan Jones played just six snaps at running back. There was no committee. Jones played eight fewer snaps than Jeremy Stewart, who was signed off the practice squad Saturday. Reece's 20 touches were 10 more than Stewart and Jones combined. He totaled 104 yards (5.2 yards per touch). Darren McFadden will reportedly be ready to return this week, but if not, Reece will be the only viable play in any format of fantasy.

One cut on that ankle he will be out 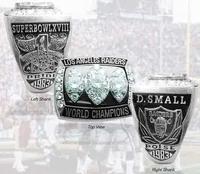 DMC will milk this injury like he does every year. I doubt he will play the rest of the season, just like the last 2.

reece against NO or miles austin against clevo?

Depends if DMF is back

DMF isn't playing, who should be my guy?

Reece, Austin has to compete with Bryant and Reece is gonna be the feature back this week

Look at all the comments from.raider fans

That sorry fuk will be out